10 WAYS TO BRING THE OUTDOORS INSIDE

Over the years, we’ve had many couples be enamored with the idea of bringing the outdoors inside. Whether it be because they wanted an outdoor wedding but couldn’t due to weather or venue scarcity or because they simply love the juxtaposition of making a clean space feel a bit overgrown, we love finding surprising ways to bring nature inside.  Here’s just a few of our favorite events doing just that:

For Sarah & Jack’s hometown wedding, the unpredictable Midwestern summers forced us to go the tent route. In an effort to play up the natural garden aesthetic of the home where the wedding was held, we brought the outdoors in by giving the illusion that the lighting was hanging from vines, ultimately making the tent both timeless and whimsical. Image by Steve Steinhardt. 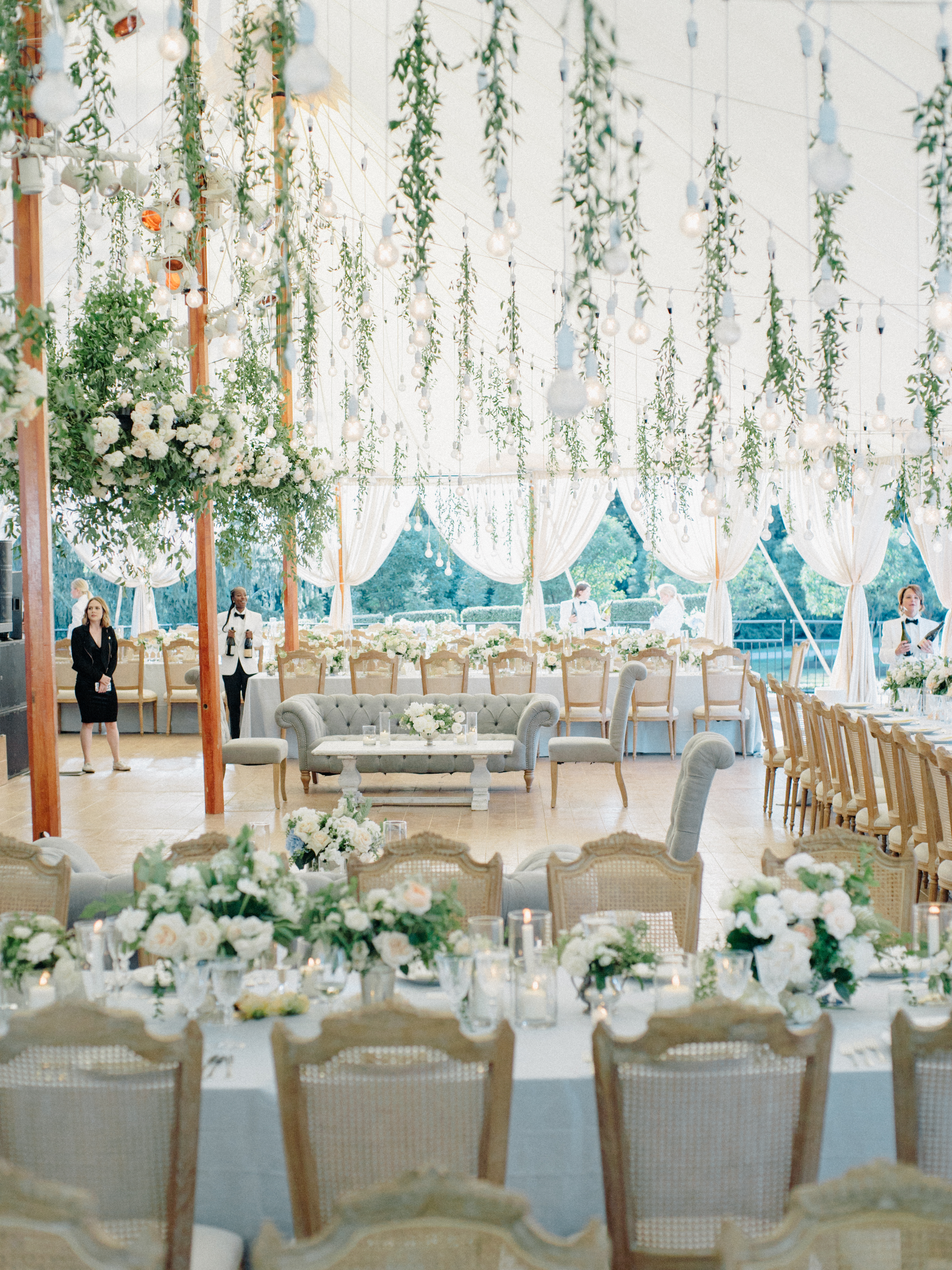 For Lana and Adam’s Mexico City wedding, we wanted the space to feel lush and tropical hinting to the natural aesthetic of a Mexican garden. We brought in palm trees, ferns and lots and lots of candles to accent the venues already overgrown space. Image by Steve Steinhardt. 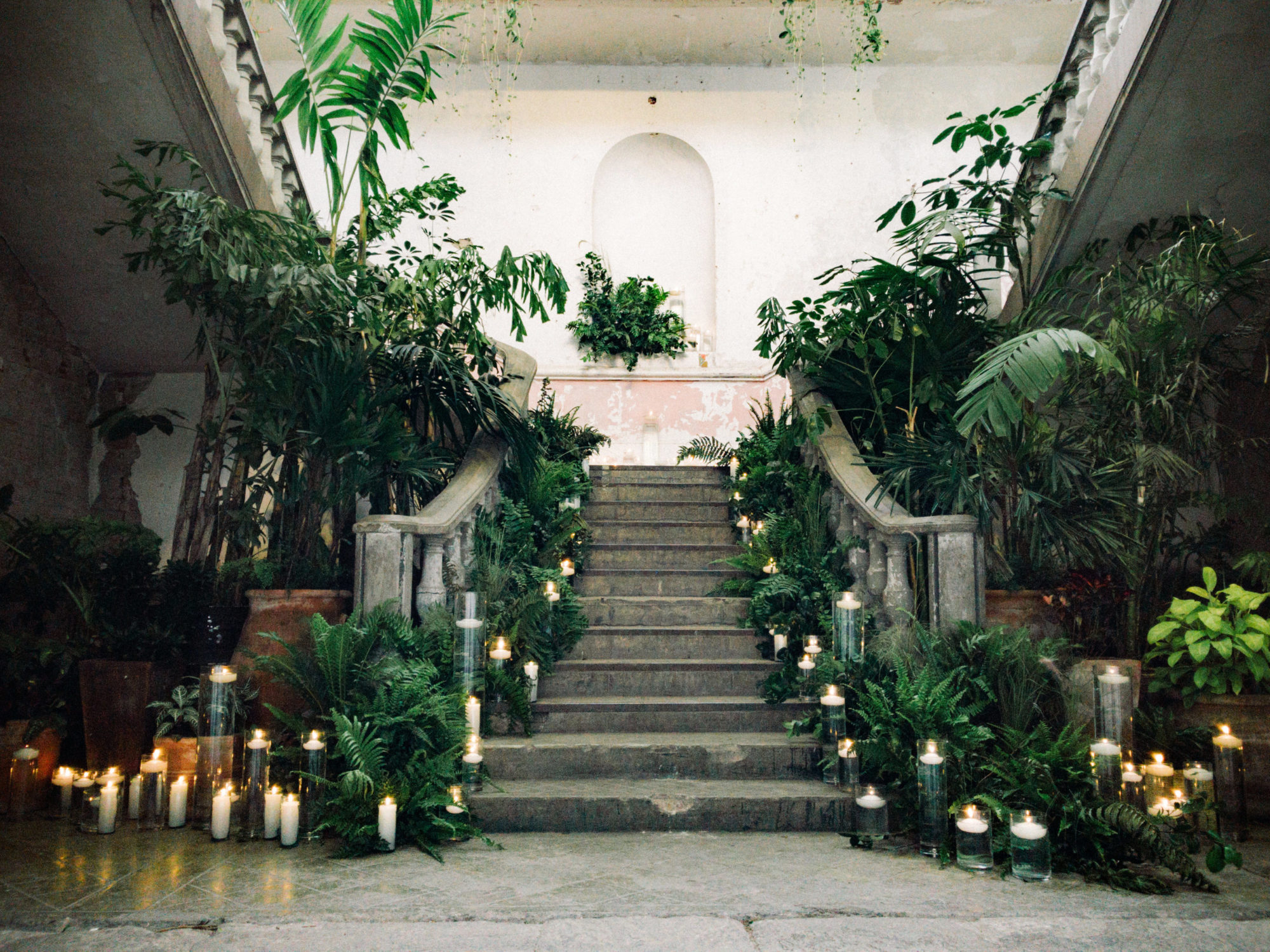 While Vibiana in Downtown LA is beautiful in it’s own right, for Amy and Jason’s wedding, we loved the idea of bringing trees in to both pull the guest’s eye line towards those beautiful beams and ceilings as well as to soften the stark yet stunning venue. Image by Samuel Lippke. 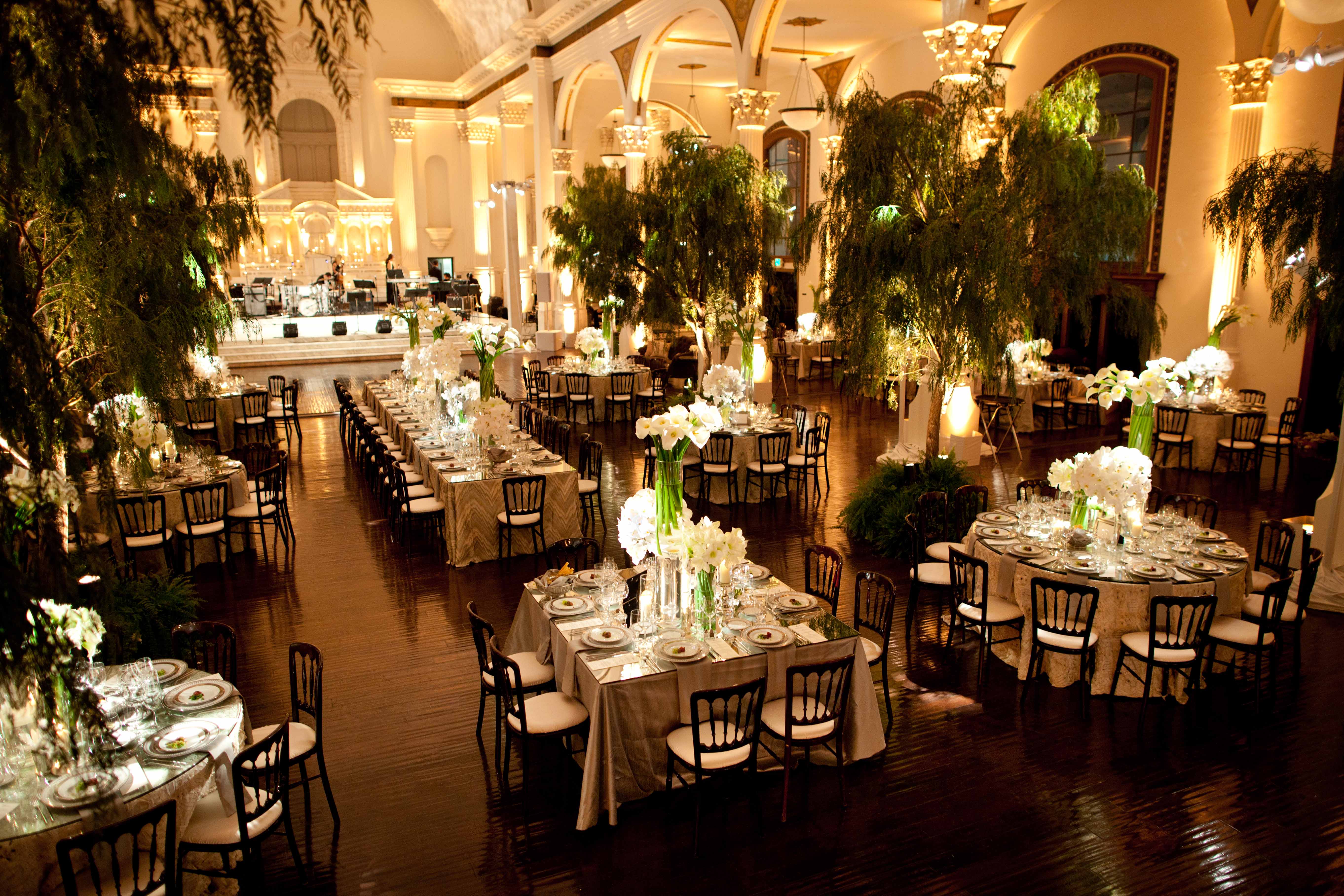 Finding a way to drip foliage from every ledges and accent the space with even more trees and ferns, Publico Prim Proyecto was made with the vision on bringing the outdoors inside. Image by Steve Steinhardt from Lana & Adam’s wedding in Mexico City. 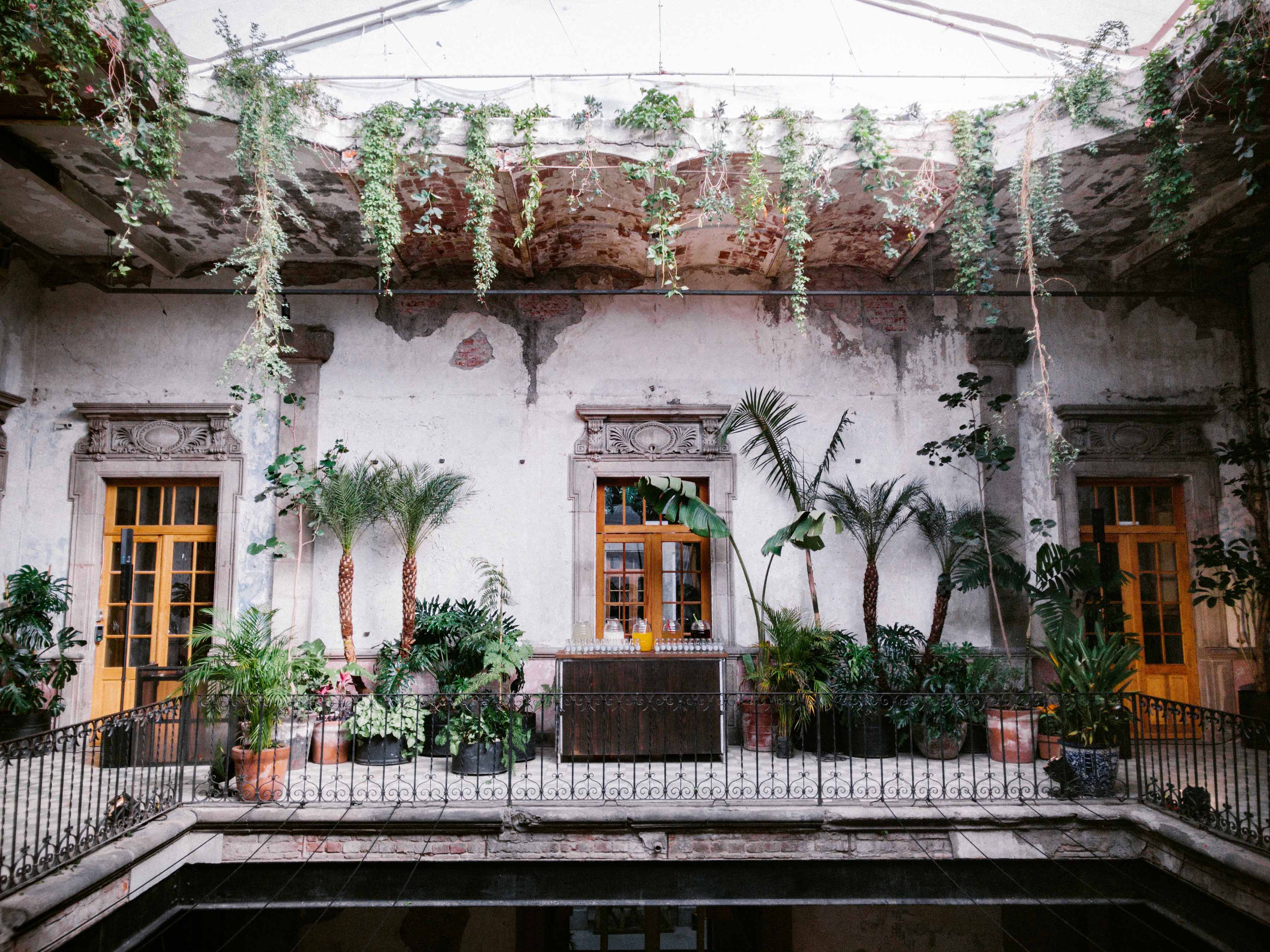 Lindsay and James were personally obsessed with plants and greenery. Because of this we took their beautiful open air structure and adding smylax to every standing beam. Image by Docuvitae. 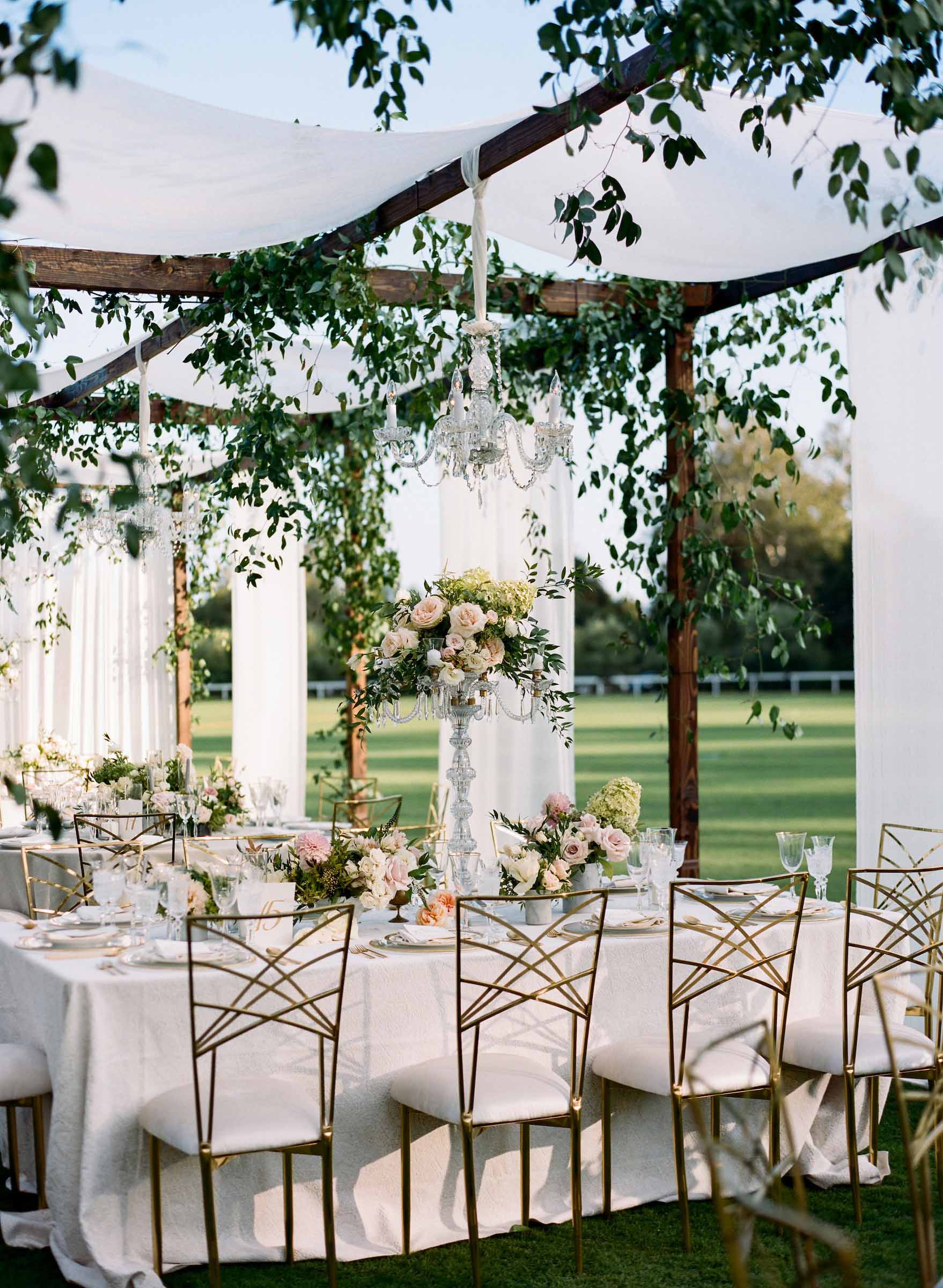 Another shot from Lindsay & James’s wedding where the chandelier stole the show, but it was the greenery detailing that made guests feel like they were dancing in an indoor garden. Image by Docuvitae. 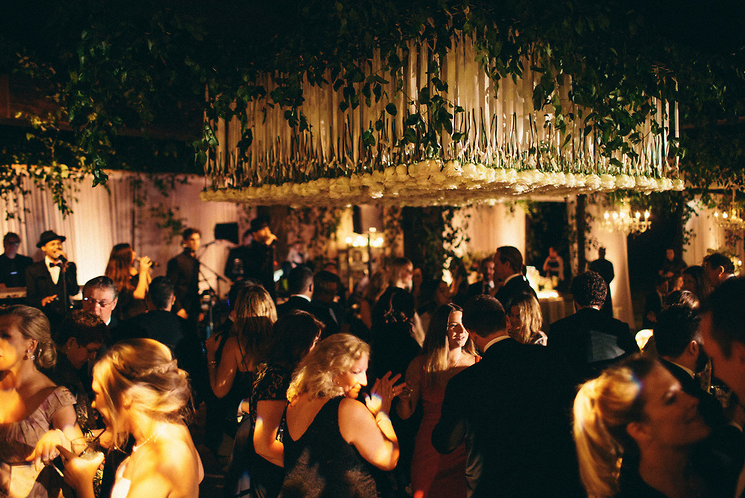 For Olivia and Freddy’s wedding in Sardinia Italy they wanted to marry in overgrown ruins. Since this didn’t exist, we created it with a tent and lots and lots of greenery. The end result made the structure appear to be a secret garden where guests danced until 4am. Image by Lauren and Abby. 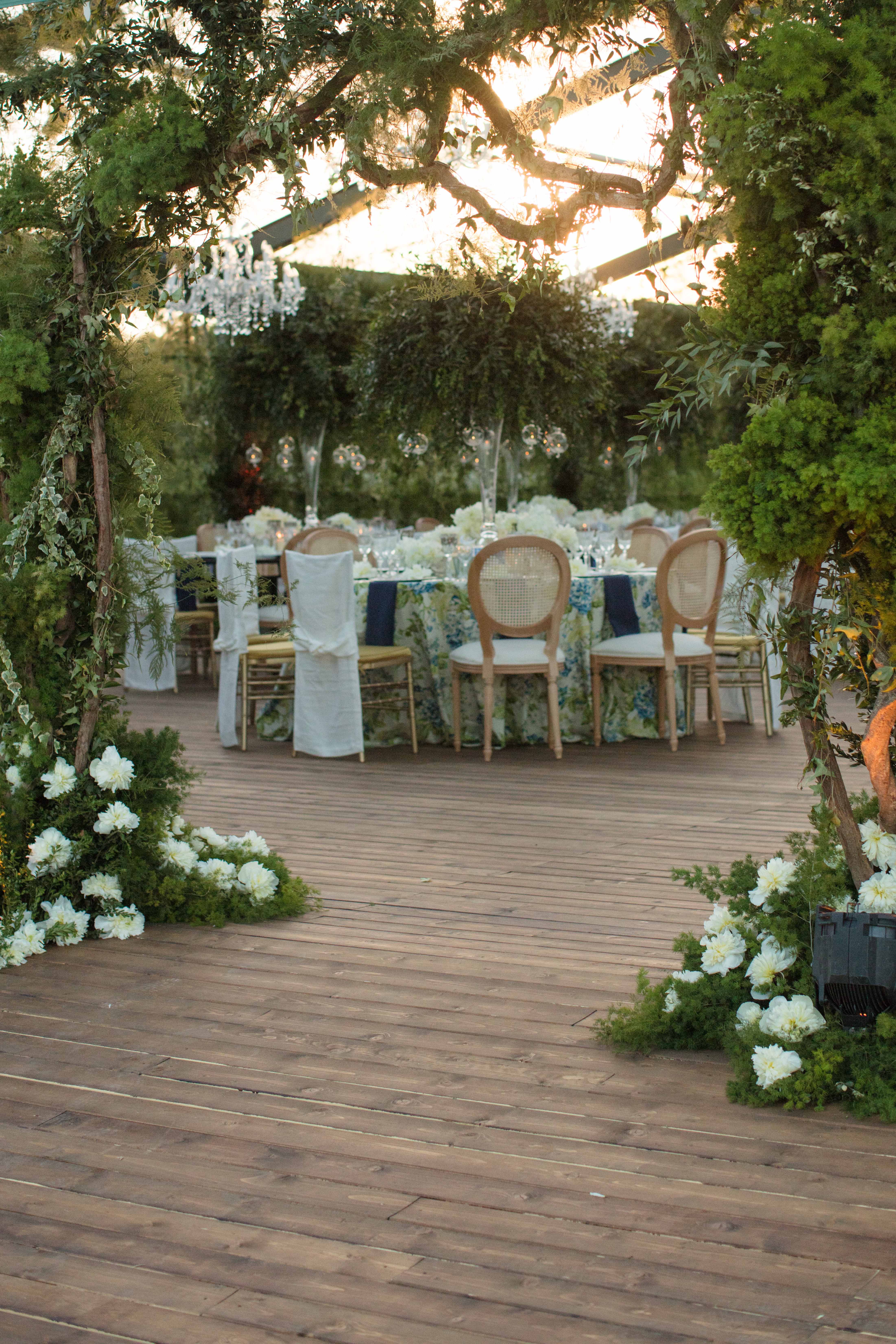 For Samantha and Brian’s warehouse wedding, they wanted nothing more than to make an empty warehouse feel lush and warm. I think these pepper trees did the trick. Image by Steve Steinhardt. 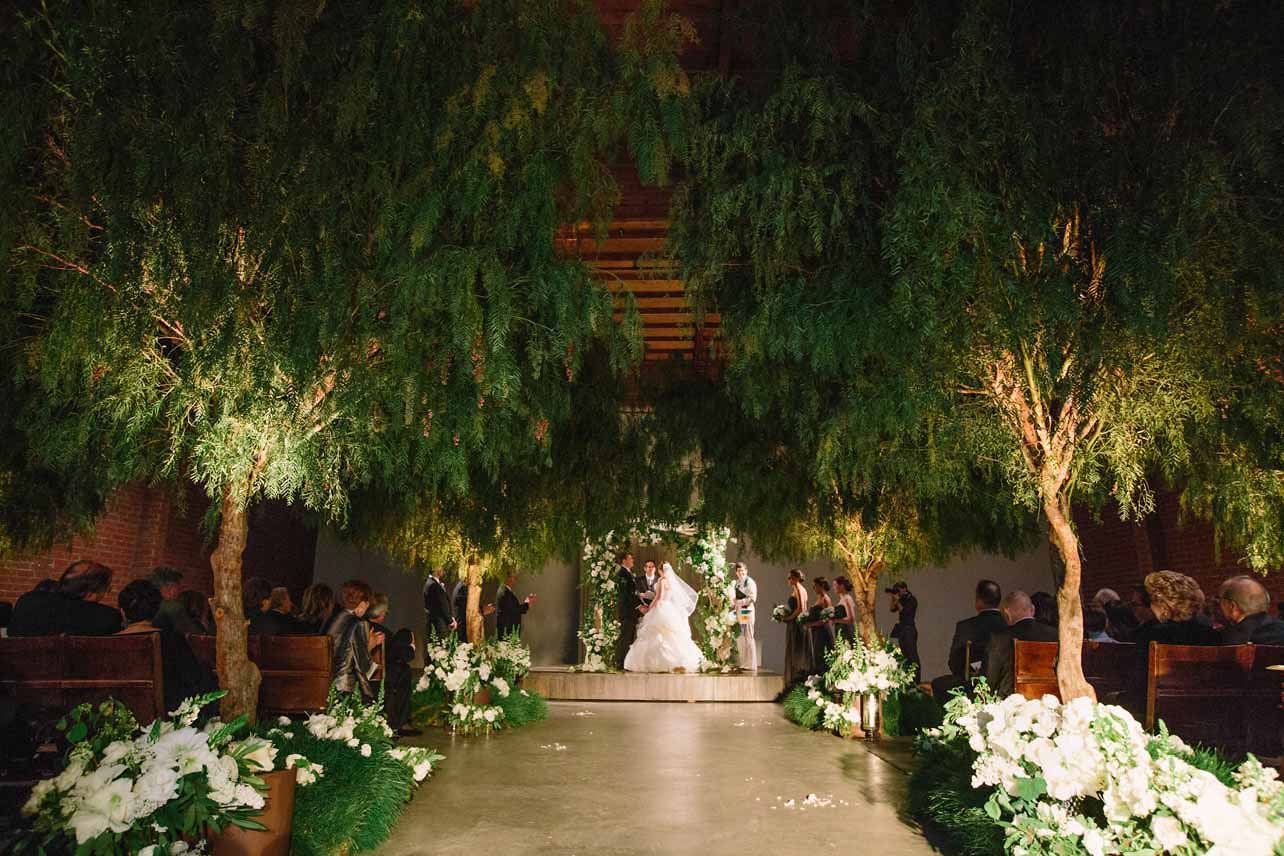 While Sarah and Matt liked a bit more color, they also wanted to make sure their beautiful sailcloth tent felt a bit more organic overall. To do so, we grew vines and branches up all of the existing poles as well as hung chandeliers made of florals and greenery throughout. Image by Steve Steinhardt. 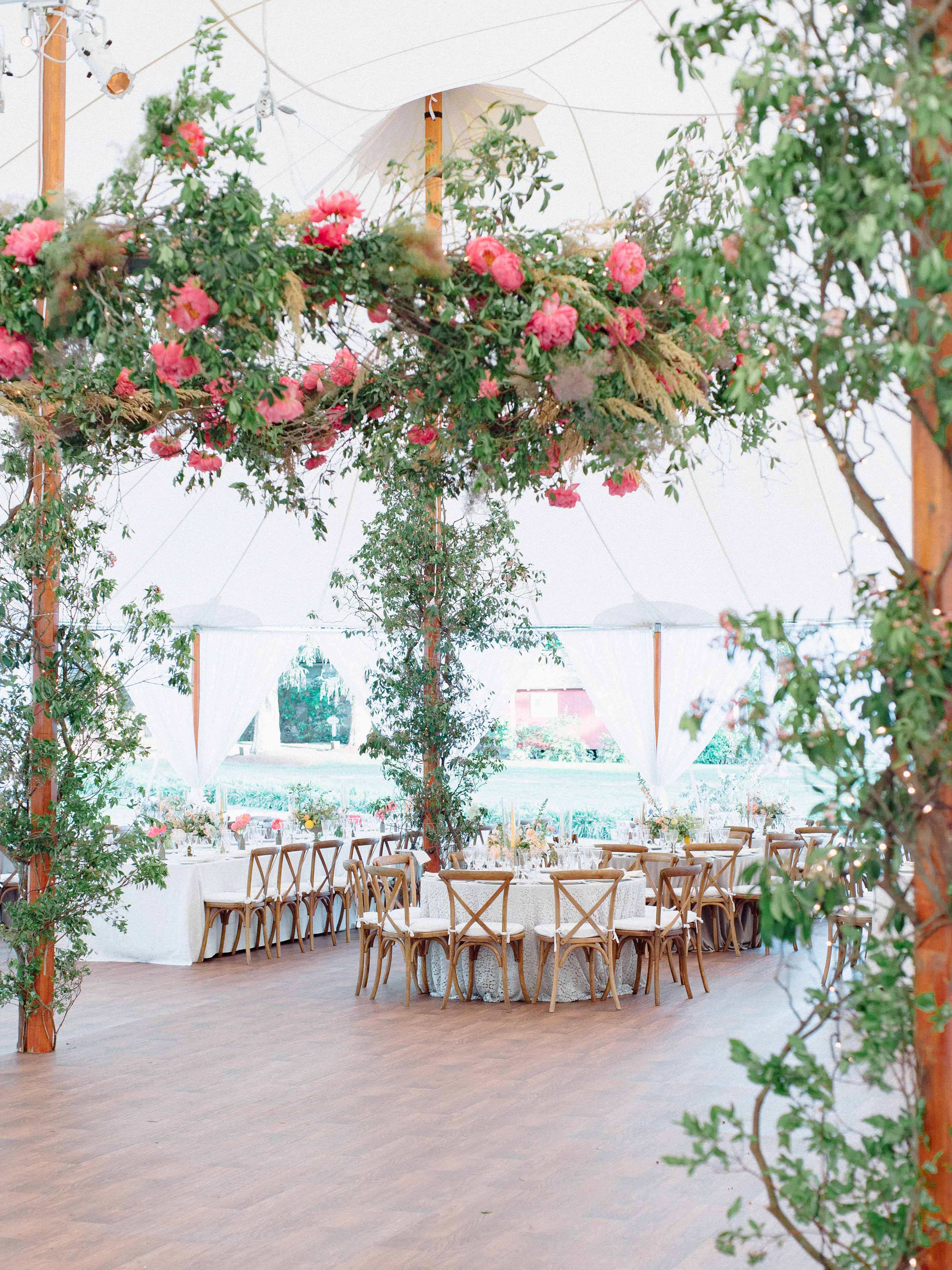 And lastly, for Cassidy and Sam’s winter wedding in Santa Barbara, we incorporated both lush overgrown chandeliers with tablescapes overflowing with greenery and blooms. The result was nothing short of timeless. Image by Steve Steinhardt. 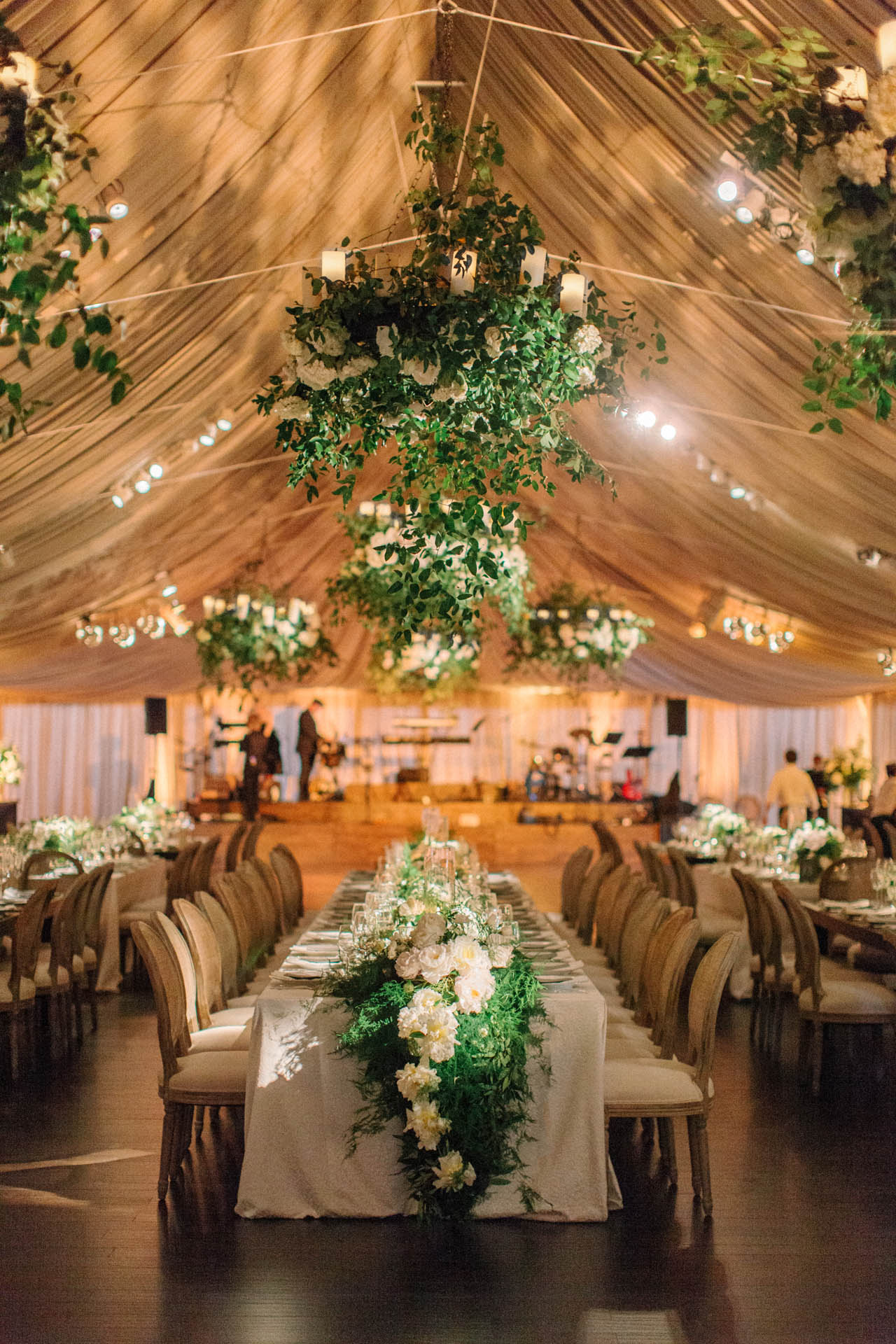