I found out, after my recent post, that not everyone has yet experienced a love bridge. Love locks have been around for quite some time and the origin varies between locations. They started to become a fad in Europe in the early 2000’s. In Italy, the ritual is attributed to the book I Want You by Italian author Federico Moccia, later made into the film “Ho voglia di te”. These beautiful symbols of everlasting love can now be found around the world. Some have caused some controversy because of aesthetic devalue to some historic landmarks and also just for the shear weight. In Rome, the love padlocks on the Ponte Milvio Bridge were moved to a museum when they became too heavy for the bridge.

My aunt and uncle, Ulrike and Jürgen, still frequent their love lock that he surprised her with and they placed in 2009 for their 27th wedding anniversary. Since then many more have joined theirs. 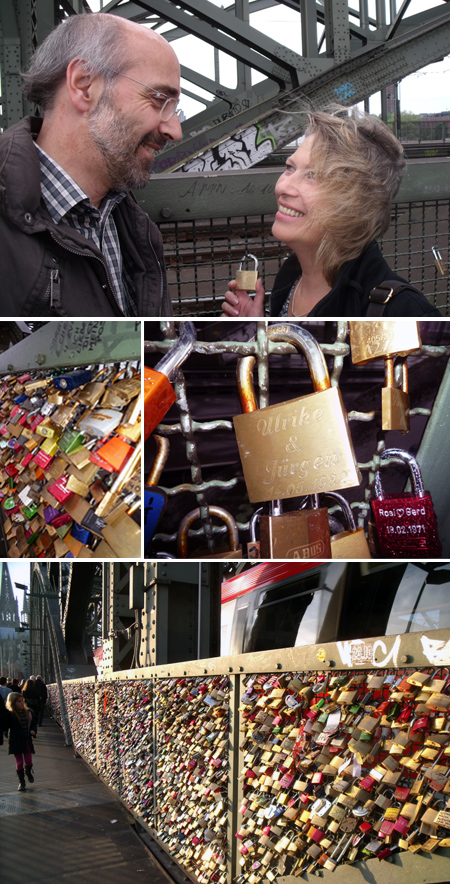 If you want to put up your love lock, here are a few bridges around the world: