Christmas came early this year with Ryan’s return on December 22 ~ just in time for the holidays!! I cleaned the apartment and decorated so that it would be “homey” for his return (practicing my domesticity), and anxiously awaited his arrival. I was so thrilled when I found out that he got an earlier flight home (returning at 8pm instead of 11pm), and even more excited when my boss told me I could come to work late the next day! We had been discussing wedding plans the entire 5 weeks that he was gone, so when he finally got home, not one word of wedding talk came up. The next night we had a holiday date and went out to dinner and to the Del Mar Holiday of Lights show. It was so nice to just hang out together again. Absence definitely did make the heart grow fonder, and I couldn’t be happier that he’s home! 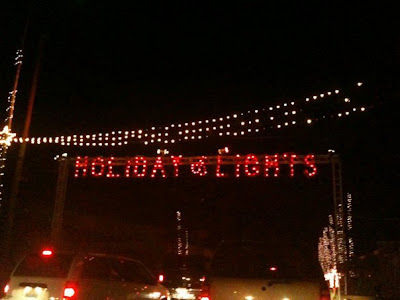 A few days later we traveled up to LA on Christmas Eve to spend the holiday with my family. We have a Christmas Eve gathering with the neighbors, followed by presents and breakfast Christmas morning at my parents’, and finally Christmas dinner at my grandma’s. My guess is it was a little overwhelming for Ryan (since he’s usually working, he’s only done Christmas Eve with us before), but he knows everyone in the family and how crazy we all are, so it was all fun. Perhaps next year we can both get time off and spend some of the holiday with Ryan’s family in Texas! 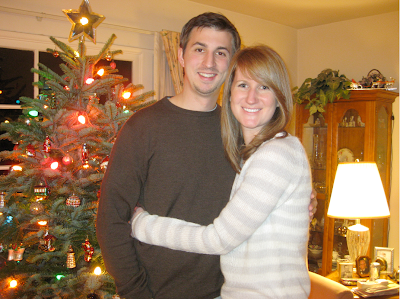 Before his return and the holiday family fun, though, I met with a possible ceremony/cocktail hour musician and also a DJ for the reception. I’ve always envisioned traditional, classical music for the ceremony, and I think it will be very romantic at our venue. But I don’t really know what songs to use for what parts of the ceremony. We will basically only need a song for the seating of the family/bridesmaids and then another one for my walk down the aisle and then a final song for the recessional. Basic enough? Well I can’t even select those three! I have long wanted to walk down the aisle to Pachebel’s “Canon in D,” but now that I have to actually choose, I just don’t know! I also love the score from “The Notebook,” so I might try to use “On the Lake” or “Main Title” from that (brides don’t forget that then you have to figure in learning fees for the musicians). My sister sent me a link to a “Wedding Song Library” on Project Wedding, and I’ve parused these kinds of libraries many times, but it’s not really helpful when they list practically every love song in every single category (processional, bridesmaids, bride’s entrance, candle lighting, recessional, etc.) ~ looking at 100 songs doesn’t make it any easier! Fortunately this is one of those things that can wait until much closer to the wedding…hopefully in 10 months time I can figure it out!

As far as the DJ is concerned, I know fairly little about music and what’s “good” or “not good” ~ I just want a fun time for us and our guests. Luckily you only need to “suggest” about half the songs you would want during the reception (and I’m sure we could even give no songs and the DJ would do just fine), and I’ve already commissioned two of my good friends to create a killer playlist for the dancing portion of the night. Now we just have to figure out a first dance song…another tricky venture since neither of us like the spotlight OR dancing! 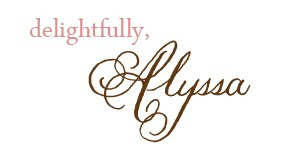