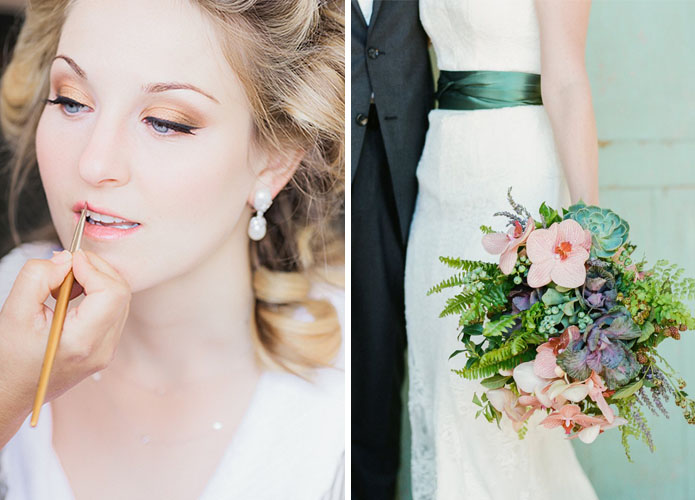 I’m about to touch on something controversial, so prepare yourself. The whole concept of vendor deals and negotiating…So often couples expect to get “deals” or negotiate down their team of vendors for their day and while I never see an issue with asking, this can be a risky little endeavor. When asking for a discount, make sure to find out exactly what you’re getting and keep in mind, the deal may include reductions in quality or service ultimately not meeting your expectations. Recently I had a photographer give a client a deal because she was a friend of a friend. Which sounds great, right?! Client gets a major discount, photographer books a new wedding. Win/win. The only problem, is, when the photographer gave the client a deal, she had to make up for the expenses somewhere. It’s a business, right? So, obviously, she can’t just give the exact same product and service at a discounted rate without losing major funds. In cutting this deal, the photographer chose to cut out the additional labor she would typically bring to support her on the wedding. She showed up alone to a 250 person wedding and attempted to the job it would normally take 2 to 3 photographers to fully document. While in this case, the client knew what she was in for and was not disappointed, as someone who sees wedding coverage every day, I know the day wasn’t fully documented in a way that a full team of photographers would have been able to capture. Point is, when you get a deal, always know things are scaled down somewhere. Most people, unless they are a dear friend or family member, cannot simple afford to eat the cost to give you a deal, so the final product is a shadow of what normally is offered to a client that is paying full cost.

Because there are so many variables in the wedding world, most vendors do have some wiggle room, but know when negotiating, there is always a little bit of give and take. For instance, the caterer can come down on the cost, however, expect a lower quality cut of meat or even worse, a sacrifice in the level of service because he had to reduce his kitchen crew or front of the house staff. All this to say, as you search for the best vendors you will see there is a reason, the very best simply do not negotiate. And it’s  because they want to offer a consistent product and service that upholds the integrity of their brand. The same integrity that has you knocking on their door in the first place. When deals are being cut, discounts are given and the like, no one usually wins. You, as the client, are disappointed because maybe the paper wasn’t as nice as what you’ve seen that invitation designer usually produce and so on. And the vendor is not putting their best foot forward.

Again, asking is never an issue, but really and truly dig deeper when a vendor is giving you a discount. Acknowledge that you are dealing with a business and as such, find out how they are making up for that loss. If it means you ultimately are getting a lower end product or service, consider if those concessions will actually meet your expectations in the end.